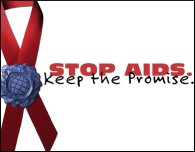 You must keep sending work out; you must never let a manuscript do nothing but eat its head off in a drawer. You send that work out again and again, while you're working on another one. If you have talent, you will receive some measure of success - but only if you persist.
--Isaac Asimov

Good Books for
a Good Cause

Holly wants to know why. How did we become readers and/or writers? Truly, it is an interesting question. In this age of quick and easy stimulation, what compels us to read instead of play a video game? Why do we write on top of or instead of a "normal" 40-hour-a-week job?

I learned to read and write before I started kindergarten. My biological mother read all the time. Romances and mysteries. Maybe that is why I shy away from those two genres. But, I digress. If I wanted to cuddle, I sat in her lap while she read. If she wanted me to cuddle, she read aloud. It didn't take very long for me to realize that her stories were written on that page.

When she read to me, I was transported to this other world. My biological dad didn't exist. My brother didn't exist. Noone, but the people in the stories existed. Bedtimes became later and that was important to me. If I stayed up later than everyone else, noone came into my room at night.

Once school started, I learned that there were books I could read if I just tried hard enough.
I started asking her to show me how to write the words for different things in the house. Book, stove, refridgerator, stairs. I'd spend hours writing those words, saying the names over and over.

My school had a program for "bright" children. They would send all the kids that showed aptitude for reading to a special class. By the end of first grade, I was seven, I was reading Peter Rabbit, Winnie the Pooh, and Clifford. When I was eight, I found The Phoenix Legacy series at the school library. I was hooked. SF took me into a world that had few connections to the real world. My parents had divorced and I had to spend every other weekend at my father's house. I needed that other world.

Not long after, a teacher asked my why I had missed so much school recently. At eight years old, I'd had a miscarriage and was in a temporary foster home. My foster homes weren't any better than my biological home. So, I kept running away. Reading and school became the only constants in my new life. To this day, it is very hard for someone to get my attention when I am in that other world.

As for writing, I was a natural extension of reading for me. When I couldn't get to a library, I wrote my own worlds to get away in. I think that is why it is so hard for me to let anyone else read my writing. I'll get over it, but until then you won't see me on the bookshelves.

Holly, you probably got more than you wanted to know in this article. But, you asked. lol

Better choices than some people make for an impossible situation. You found the only way you could escape and did the best you could. I'm sorry you had to have those experiences in your life--nobody should have to, but far too many people do.

No child should ever have to experience that kind of trauma. I grieve for the childhood you lost and celebrate the courageous adult you have become.

The best and most moving writing is done in your heart's blood. Getting in touch with that pain and getting it out is a huge step toward recovery. Finding the courage to put your pain on display to the world, though... That's something I struggle with myself.

Your strength and courage continues to be an inspiration. Thank you.

P.S. Please e-mail me some time. My mail server ate your address in its recent meltdown.